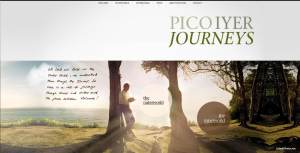 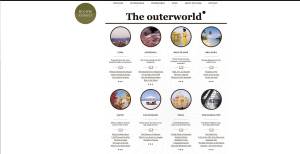 TIME Magazine and New York Times essayist Pico Iyer – also a friend of
DDB Singapore AND frequent speaker there – has just launched his
latest book entitled ‘The Man Within My Head’. In the book, Pico Iyer
sets out to unravel the mysterious closeness he has always felt with
English novelist Graham Greene; he examines the fascinations of
foreign travel, the complications of faith and his haunted kinship
with Greene.

“Graham Greene was never a writer I dreamed of becoming; he was part
of all that I was trying to put behind me. But there he is, in spite
of everything. And the haunted theme echoed through every page he
wrote: the foreigner, precisely by going to another country, brings a
whiff of a different world into the lives of the locals he meets,”
writes Pico Iyer.

The book also coincides with the launch of his very personal and
revelatory website, picoiyerjourneys.com, which he has developed with
Tribal DDB Singapore over the last 18 months. The site gathers and
revives almost a hundred of his pieces from the pats quarter-century,
on every theme from Sri Lanka to Leonard Cohen, from silence to the
joy of travel. Organised into “innerworld” and “outerworld,” it brings
together essays and adventures, both new and long-beloved, into
unexpected combinations that throw fresh light on the mysteries of the
world and of the self.

The site was developed and designed by Tribal DDB Singapore. It
elegantly and imaginatively transcribes thousands of pages of Iyer
essays and journeys, many of them almost impossible to find elsewhere,
into a breath-taking virtual universe combining sight, words and
wonders accessible across all devices.

Picoiyerjourneys.com opens up a new dimension to author websites, as
it offers a visual complement to – and extension of – the words of one
of the world’s most acclaimed global writers.

“When computers first came to Time Magazine”, Iyer says, “in 1983,
just after its editors had controversially chosen “The Personal
Computer” as its “Man of the Year” I was one of the very first to use
them for sending in my articles; three years later, as a journalist
living far from the office, I was one of the first people I knew to
transmit all my work by modem. As a little boy, I used to go back and
forth to school by plane, and came to think of the airport as my home.
Yet I’ve been one of the slowest people I know to make myself at home
in the digital world and to create a life for myself in cyberspace.
The world is moving so fast that I’d given up trying to keep up with
it – until Tribal DDB came along and offered to give me a taste of the
moment (and the future) through this site.”
“Now I’m looking forward to my next unexpected collaboration with my
new colleagues,”

Jeff Cheong, Head of Tribal DDB Singapore said of this initiative,
“This is one project which we could digitally and artfully craft as
artisans. Pico’s words come even more dramatically alive with the
visual and photographs (just about all of them shot by Pico himself)
to bring out the essence of the stories. Font size options and
typographic treatment were blended seamlessly for accessibility on
computer screens, tablets and even mobile phones. It’s been a
fantastic experience for us, and I’m sure for the readers.”