Answering the Call to Fame with Crowbar

Posted by Editor AL on April 17, 2012
Posted in: Media, Uncategorized. Leave a comment 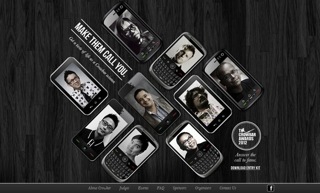 Call for entries for Crowbar 2012 kicks off with mobile courtship.

Organised by the Association of Accredited Advertising Agents Singapore (4As), the Crowbar Festival returns once again, giving students a taste of what life would be like as a Crowbar winner.

Conceptualised by DDB Singapore, Crowbar 2012 Call for Entries kicks off with the idea of Crowbar winners being wooed by top local Executive Creative Directors and Creative Directors through their mobile phones. Instead of making unpleasant cold calls to creative agencies as a virtual unknown, Crowbar winners get the privilege of hearing what industry top guns could possibly say to entice them.

“The idea of renowned industry players “calling in” to winning participants on their smartphones fully encapsulates the spirit of Crowbar, where only the best and brightest talents will stand out ahead of the pack and gain attention from the industry’s crème de la crème,” mentioned Ted Choo, President of 4As. “We acknowledge that the creative field is not the easiest industry to break into, and thus, giving an opportunity for students to showcase their work at Crowbar sets the stage for them to display their skills to potential employees.”

To be held from 1 to 6 August, highlights from Crowbar Festival 2012 also consist of The Winner’s Workshop (formerly known as the Crowbar Seminar) and the 24-hour Challenge helmed by co-chairs Thomas Yang and Joji Jacob from DDB Singapore together with a team of industry practitioners across the five disciplines of Advertising, Design, Photography, Interactive and Film who will serve as Heads of Jury, inclusive of Ang Sheng Jin from Grey Singapore, Roy Poh from A Beautiful Design, Jing Quek from Super Studio, Melvin Mak from Rushes and Steven Jodistiro from iris Worldwide.

In recent years, Crowbar has pulled in a steady increase in entries locally and beyond borders. In 2011, the event attracted a record number of 1,249 entries from 20 tertiary institutions around the island and from Malaysia, New Zealand and China.

Call for entries for Crowbar 2012 starts from 14th April till 25th May for film category submissions
and 1st June for all other categories. Participants can visitwww.crowbar.com.sg for more information.