How Do You Feel When You Ride?

Posted by Editor AL on December 20, 2013
Posted in: Uncategorized. Leave a comment 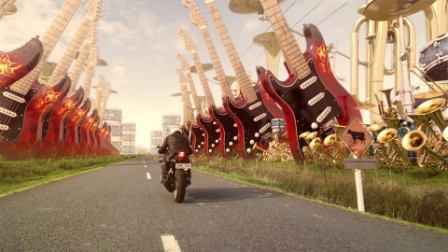 Primarily running on Facebook and YouTube, this 2-minute campaign video features a biker powering along the open road. It runs throughout 2014 with a planned content calender, various activations, competitions and events.

The campaign was created by Ogilvy & Mather, running in India, Indonesia, Thailand, Vietnam and the Philippines. Bikers were interviewed about motor-cycling and acceleration. The Ogilvy team took the comments supplied by passionate bikers and created a visual tapestry of animation mixed with real footage.

The Castrol Power1 campaign also features a series of video clips where bikers describe their feelings from riding and acceleration.The campaign’s creative director, Kevin Geeves, added that speaking to the biking enthusiasts in the process of making the films was “crucial to the success of this campaign. The challenge was finding a way to interpret the feedback in a compelling and creative way.”