4As Names Bernard Chan as CEO 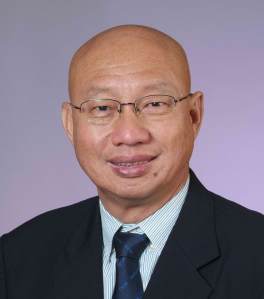 The Association of Accredited Advertising Agents Singapore (4As) has appointed Bernard Chan as its Chief Executive Officer. With immediate effect, Chan will work closely with the executive committee to expand on 4As’ objectives of elevating the stature and prominence of Singapore’s advertising, media and marketing communications industry, while acting as the collective voice of the industry, and nurturing upcoming advertising talent and creativity. Chan will also represent 4As in related industry bodies, and government-led industry councils/panels at both national and international levels.

Since coming onboard, Chan has been busy with 4As’ restructuring plans as the trade association realigns itself to the evolving industry and ventures into new initiates to better engage and connect with the community ecosystem.

In the recent 5 years, Chan was involved in the non-profit sector focusing on senior services. This included the Tsao Foundation and Centre for Seniors. Chan is also the founder for Silver Tsunami Asia, a social enterprise focused on becoming an Asian-based movement to represent and champion the population group of those between 50-75, starting with today’s Baby Boomer group.

“We are very pleased to have Bernard onboard to lead the secretariat. Bernard’s perfect blend of both agency and not-for-profit experience is a valuable addition to the association. The Executive council and I look forward to working closely with him to make new exciting steps towards a more deeply connected community ecosystem while at the same time enhancing the value of membership through year-long programmes focused on professional skills enhancement, knowledge and professional competency, unilateral growth for industry and thought leadership” said Ted Choo, President of 4As.

The 4As also recently appointed Lauryn Tang as its Senior Manager for Programmes, who will work closely with Chan to expand and drive the association’s programmes for its members.